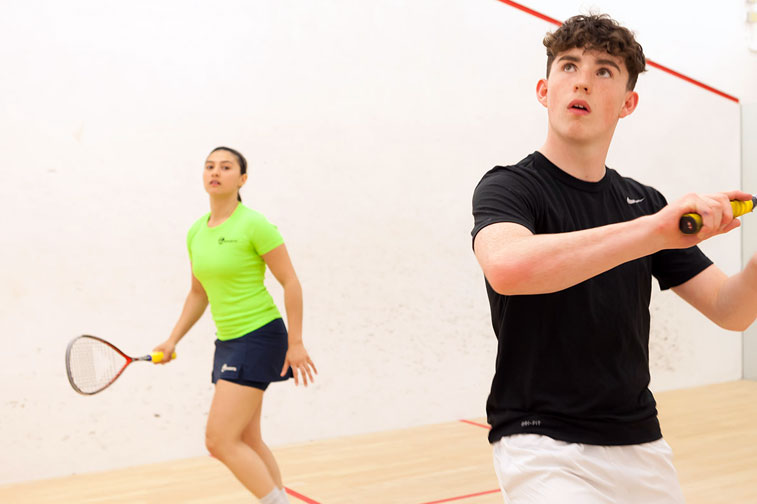 Steve McClelland and Anthony Vrahimis were among the tournament winners as the last club competitions of 2018 were settled at the Lilleshall National Sports Centre.

Steve secured his second tournament title of 2018, following on from his success in the Squash Plate final a few weeks previously against Joel Reed, with a well-earned 3-0 victory over Kevin Redstone in the Racketball Open final.

The Racketball Open competition, organised by Club Chairman Paul Evans, featured 16 of our club’s best racketball players. Kevin Redstone defeated Ian Roberts, Pete Langston and Adrian Smith on his way to the final. Steve overcame the challenges of David Frost, Gary Westwood and Keith Hansell on his journey to meeting Kevin in the final showdown.

Anthony Vrahimis secured his maiden Squash Open title after he was awarded with a walkover victory in the grand final against Sam Clark. Anthony, who is originally from South Africa, had an incredibly tough test in his first round match against Steve McClelland, but came through strongly with a 3-0 win and he then went on to defeat Don Tennant and Tim Collins, a former Open champion, on his way to the final.

Sam Clark defeated Dave Frost, Pete Howells and Adrian Smith on his pathway through the tournament draw, but he unfortunately suffered an ankle injury over the Christmas period which led to him having to concede the Open title to Anthony. This was a great shame, as many club members had looked forward to watching two of the club’s best players battling it out on court for the title.

Meanwhile, the Jordan Trophy, which is awarded to our club’s highest performing individual within our internal squash ladder, measured over a 12 month period (i.e. the player who has been ranked #1 for the most consecutive weeks), was recently awarded to Keith Hansell. Huge congratulations to Keith.