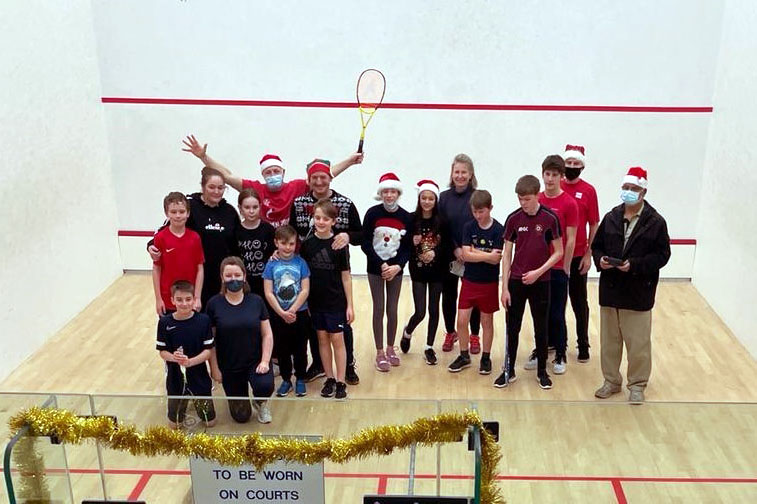 LSRC coaches and juniors celebrate an incredible day of play.

It was the 18th of December – the day of the squash tournament at Lilleshall National Sports Centre and everyone was excited. It was what the last few months of training and preparation had been leading up to. All the coaches, participants and the guests for the day had all taken a Lateral Flow Test that morning and were all clear to attend – the messages on the WhatsApp group were full of excitement…

The coaches and some attendees turned up 30 minutes earlier to prepare the courts with Christmas decorations to make the occasion fun and memorable for everyone. Above all, key safety measures were in place – hand sanitisers, masks worn when not playing, ensuring ventilation in playing areas, etc.

The tournament started soon after 1:00pm with the ladies going first with five of them participating – each of them to play each other in first to 11 points’ games. The kids drew lots to determine who was going to play first and then we were off with two games being played simultaneously, refereed by the coaches.

The matches were very close with a range of skills on display from all players – most players winning at least one game, making it difficult to tell who was going to win and what order the others were going to finish in. With only five points separating the top three players, it came down to the last match to decide the winner. Jane A took the honours, with Jane finishing runner-up – it turned out to be a battle of wills for the Janes! Toey and Jane scored the same number of points, but Jane edged it to finish runner-up by winning more games. Kai and Kayleigh took the 4th and 5th places respectively. Another day or time, the finishing order could have easily been very different – highly entertaining games. 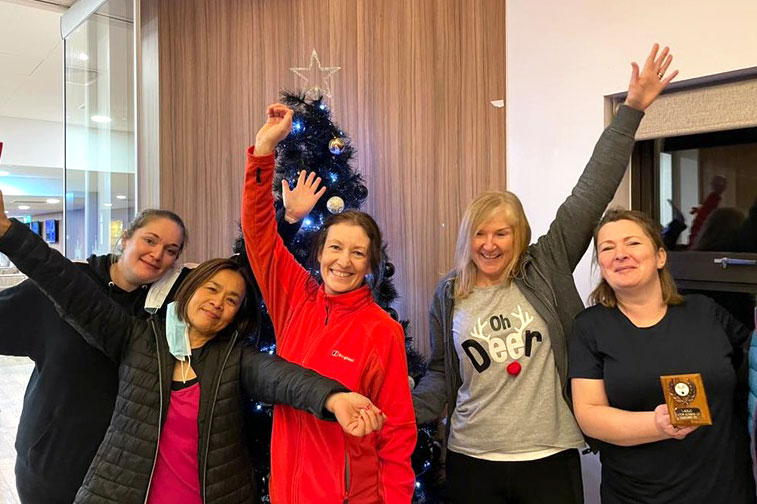 It was then the turn of the ten junior contenders (Archie, Billy, Emma, Lee-May, Will B, Amy, Edward, Harry, Josh and Will – aged 7 – 14 years) to battle it out – the ladies and coaches drew lots to decide the first set of opponents to take to the squash courts. They were divided into two pools of five players each playing everyone else in the pool and then the winners of the two pools were to have a shoot-out for overall winner and runner-up positions. If the ladies games were close, the junior games were simply out of this world, with most of the juniors winning at least one of their challenges, going right up to the last couple of games, keeping the pool winners a mystery to the very end.

The level of playing skills were only matched by the maturity and sportsmanship on display from our young talent – it made the coaches day to watch the games play out between all the junior players. When the dust settled, Will B took the honours for Pool A, while Will took the honours for Pool B. You couldn’t have written a script for this with the Janes coming top of the Ladies games and the Wills coming top of the juniors’.

On to a truly epic finale, with the Wills trading point-for-point in the shoot-out and there being nothing in it when they both were at ten points each – one final serve to decide the title – a pity someone had to win the game, but Will B took the winning point clinching the tournament on the last point of of the last game – a fantastic finish to the tournament – a battle of wills between the Wills!

We all retired to the café at Lilleshall National Sports Centre and the room they had there for just such an occasion, to partake of some nibbles, pizzas & drinks and some card games for the kids to determine the distribution of a variety of gifts that had been arranged by the parents of the kids.

Finally it was time to hand out the tournament shields – there were shields for each of the winners and runners up for the Ladies and Juniors, but there was also a special shield for the most improved girl and boy. Emma took the shield for most improved girl having just started training in September and making excellent progress. Archie took the shield for most improved boy, not simply for the improvement in his skills, but for showing the kind of gentlemanly behaviour and sportsmanship on court that is at the core of a true sportsman – a credit to the sport and his family.

If you would like to bring your kids to squash coaching, you are more than welcome – we are here every Saturday at Lilleshall from 1pm. Contact Martin Carey on 07812 235400 for further details or visit the Junior Coaching section of our website.